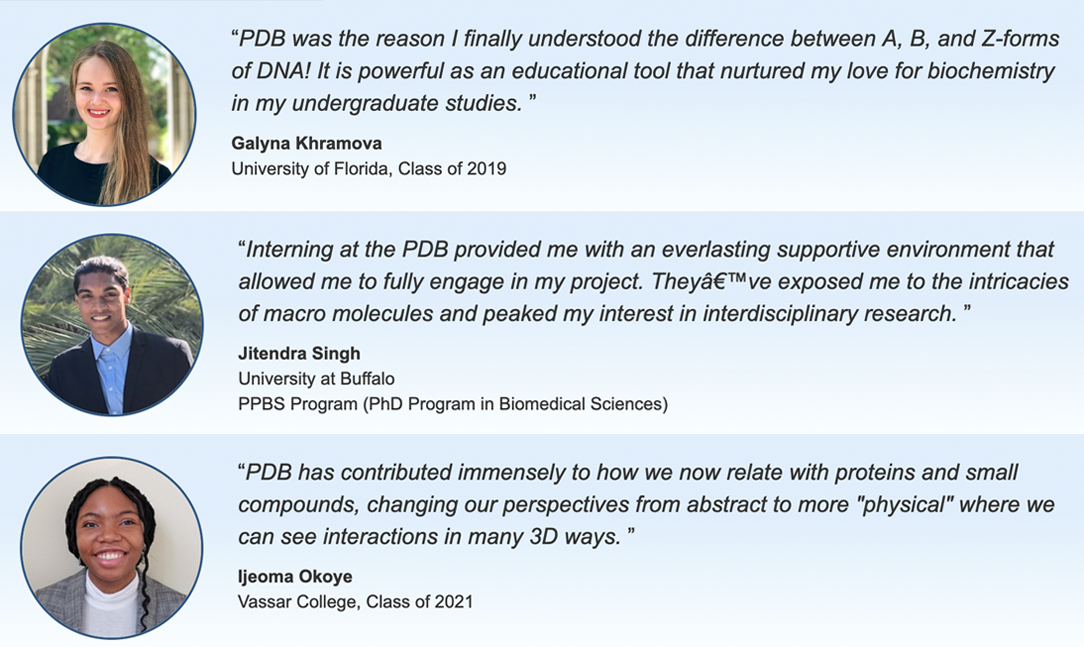 From 2003-2009, the RCSB PDB quarterly newsletter hosted an interview series with various leaders in the PDB community.

These conversations included pioneers who helped shape the PDB archive, including Frances Bernstein (July 2003, PDF) who personally processed or validated most of PDB entries 15 through 9,000, and Helen M. Berman (April 2004 PDF), a co-founder of the PDB archive who led the RCSB PDB from 1999-2014 and currently serves as Director Emerita.

In 2003, Helen Berman formed the Worldwide PDB (wwPDB) with Kim Henrick (then E-MSD, now PDBe; July 2004) and Haruki Nakamura (PDBj; October 2004).  Today, the wwPDB organization continues to manage the PDB archive and ensures that the PDB is freely and publicly available to the global community.  The BioMagResBank, led by John Markley (January 2005), joined the wwPDB in 2006.

For more, explore an overview of the PDB’s history, including a timeline of highlights over the years, and suggested historical references.  Education Corners, which have been published in the newsletter since 2003, showcase how RCSB PDB community members use the PDB and related services in education.